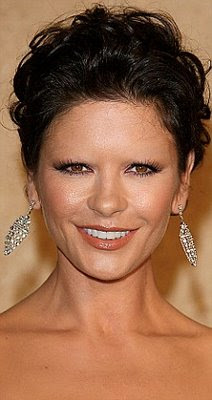 When I was a teenager I had normal eyebrows, a little bushy and quite thick. I started plucking them at about 16 and as my (fairy) godmother was a knowledge wielding makeup artist I never plucked too much or god forbid, plucked above the brow. I became a master eyebrow groomer and shaper as a result, which served me well as look what I do for a living now!
Everything was all fine and dandy until about three or four years ago when I noticed my eyebrow hair had stopped growing, and about 6 months ago it started to fall out. Not a dramatic hair loss I might add, but noticeable to me over time.
I think its down to the water here, as everyone complains about their hair thinning and so on but I can’t be sure!
So, what is a girl to do?
Well, I had a number of options. I could fill them in, I could lighten them, I could shave them off and draw them in (!) etc. I decided on option two; lighten them until they begin to grow again. I opted for this as I am quite dark; eyes hair and so on. As a result my thin brows stand out. I successfully lightened my brows previously so I thought what the hell.

I used Jolen as normal, they ended up a little lighter than usual but no harm done, it was quite nice. Within 2 weeks, about 30% of the remaining brow hair had fallen out. My brows have obviously turned into quivering hopeless wimps.
That leaves me with option one; filling them in (I am not going to shave them off). Previously, I filled them in with MAC Spiked or a variety of eyeshadows, but now they are all too dark. I rummaged through my extensive brow pencil collection and came across Dior Powder Eyebrow Pencil 453 Sable Sand, which I have never used. Lo and behold, as my Mother would say, it was a perfect match. The most perfectly matched eyebrow pencil there ever was! I filled and blended to my hearts content. 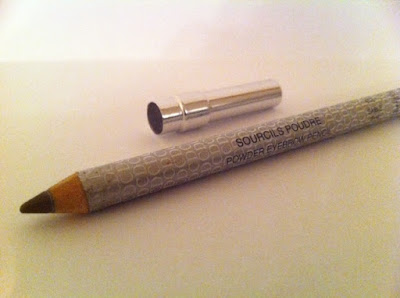 As a result, I have now returned to a somewhat normal state of eyebrow-ness. There is a brow miracle out there for all of us, although this doesn’t stop me lusting over other peoples eyebrows…

24 hours at @theshelbournedublin with my one of my

Shoutout to @hildunbeauty for creating one of the

Skincare heaven @mccauleypharmacy 🥰 And some

A base of @makeupbymario Surreal Skin Foundation (

Me and this grey oversized coat: a love story. (T

A place on the grid for @charlottetilbury’s beau